I’ve just added data on schools in England to the {blimey} package. The raw data were obtained from gov.uk.

If you haven’t installed the package, then grab it from GitHub.

The schools data are in the schools package variable. Let’s take a look at the first few records and pick out some interesting fields.

The spatial distribution of schools can be examined by looking at the postal code and linking to local authorities.

Oftsed ratings are a somewhat contentious system for grading schools. Looking at the distribution of ratings, it appears that the majority of schools are rated as Good. 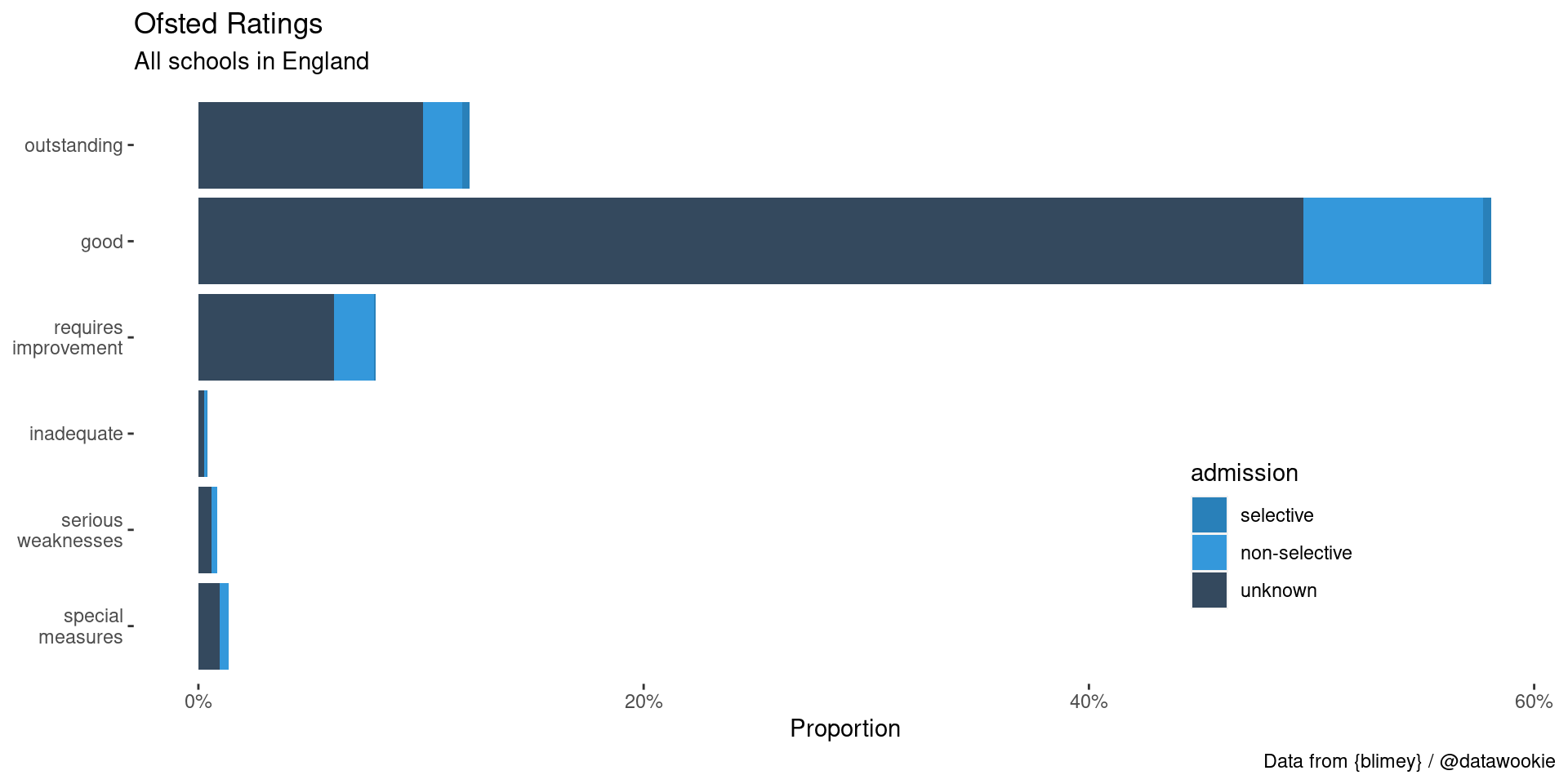 Viewing the spatial distribution of these data would probably be rather interesting. Next steps for {blimey} will include information on postal codes, which should make this possible.